Due to the Coronavirus Pandemic, EVC is only doing curbside appointments.  Please check in by phone when arriving at the clinic.  An EVC representative will come to your car to take your pet in for the appointment.  Please wear a face mask when speaking with EVC staff in the parking lot.  We appreciate your cooperation and will update protocols as needed.
Eastview Veterinary Clinic, PC is located in the beautiful Finger Lakes Region of Central New York, 2 miles north of the Village of Penn Yan.  It is our goal to provide client-oriented, compassionate, professional veterinary care at a reasonable cost for the pet owners and farmers in Yates and the surrounding counties.  EVC veterinarians and staff are committed to continuing education to insure the highest quality care for their patients and information for clients.  We have regular office hours and farm call service 6 days a week and are on call for emergencies 24 hours a day, 365 days a year.

The same phone number, (315) 536-9871, will reach the office during the day and doctors on call at night by way of an electronic paging system. 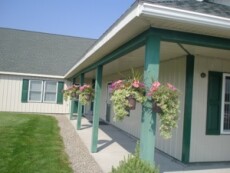